Antonio Lopez Jr has been an officer with the Denver Police Dept. since 2008.  “Tony” Lopez, the oldest of five, followed in the footsteps of his father with a law enforcement career.  While on routine patrol on December 8, 2015, he was about to conduct a traffic stop at 37th and Federal Blvd. when he was met with gunfire. Before he could exit his patrol car he had been shot three times; twice in the left arm and once in the chest. Officer Lopez, exited his vehicle and exchanged gunfire with the suspect. He would be shot many more times, striking his left thigh, shattering his femur and severing the femoral artery.  The suspect was struck once in the left ankle and fled the scene, he was eventually apprehended.

Tony endured numerous surgeries to save his life and limbs. A total of 19 liters of blood transfusions and after five major surgeries he was released from the hospital on Dec. 31, 2015.  Officer Lopez has had a long road to recovery, however knowing his wife was pregnant with his first son helped him to fight! The MC! Foundation was thrilled to have helped his family, and announce that he is back on the streets of Denver to protect and serve.

On December 3rd, 2014, Denver Police Officer John Adsit was performing his daily duties, assigned to the bike patrol unit, and was escorting hundreds of high school students that were marching in a protest on Colfax Avenue.  An oncoming vehicle struck John and dragged him under the vehicle while the driver suffered a medical condition.

John suffered severe and numerous injuries.  He had lost his spleen, suffered broken ribs, a broken femur and his left arm was crushed.  His surgeries since the horrible an accident have surpassed the twenties.  On Feb. 18th, 2015 he was finally cleared by hospital staff to go home to his family.

On May 3rd, 2015 the 2nd Annual MC1 Honor Run was held to benefit John.  The proceeds from so many giving and kind people went to John and his family to help cover everyday expenses.  It would not have been such an enormous success without the 500 riders, sponsors and all of our volunteers.

​In early May 2021, ​​Lincoln County Sheriff Deputy Mike Hutton responded to a call of someone trying to break into a semi-trailer outside of Limon, Colorado. Hutton responded and was met with gunfire. Deputy Hutton was shot in the torso, as well as the arms multiple times.

Hutton, a U.S. Air Force veteran, has been with the Lincoln County Sheriff's Office for at least seven years. Hutton, who is married and has a young son, has been released from the hospital and continues to recover from his injuries.

February 10th 2016, Arapahoe County Sheriff’s Deputy Bill Foreman was responding to a homicide scene when his patrol car was struck by a full size pickup truck.  Bill had to be extricated from his vehicle, before they could transport him for medical care.  His stay in the hospital was months, and more recovery time after he was released.  Bill was using a walker when we visited, but in great spirits and so thankful for the assistance. 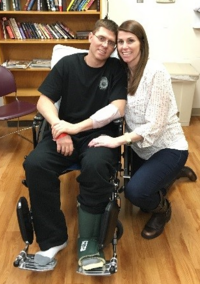 On Friday June 23, 2017, Corporal Michael Nesbitt was involved in the pursuit of a DUI suspect while on patrol in the City of Edgewater.  After the pursuit, Cpl. Nesbitt had to engage in a physical confrontation to subdue the suspect.  Unfortunately, that resulted in Cpl. Nesbitt suffering a severe cardiac arrest and was transported from the scene for immediate medical intervention.  Due to a quick medical response he was only hospitalized for a short stay, however he did need some assistance from the MC1 Foundation, and we were fortunate enough to stop and see him as well as provide support. 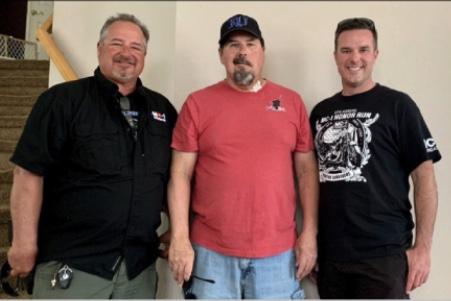 ​In early May 2021, ​​Deputy Scott Eckhardt of the Huerfano County Sheriff's Department was severely injured when a pursuit suspect rammed into his patrol car while travellng on I-25 at a high rate of speed. Deputy Eckhardt sustained, among other injuries, a traumatic brain injury, broken nose, and broken rib, and is still recovering from his injuries.

BECAUSE OF YOU - OUR SUPPORTERS AND SPONSORS - We have been able to help our Colorado public service employees.

Here are just a few: 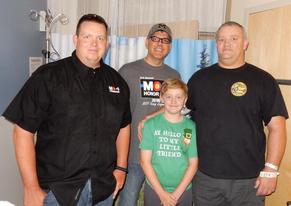 In September 2016, Detective Dan Brite of the Douglas County Sheriff’s Office was one of several officers that was responding to a call of a despondent male with a gun.  It was reported that the subject was near both a school and a hospital.  As soon as the deputies arrived on scene, they began taking gunfire.  Detective Brite was shot within moments, which did not end his career but the paralyzing shot ended his ability to currently stand and walk.  Detective Brite has suffered through a long recovery process.  In 2017 The Foundation along with 2 others (Adsit Strong and Shield616) purchased a wheelchair that allows Dan to recover some of his interests again, including fishing! 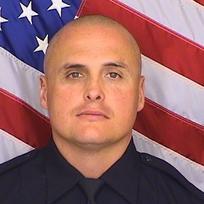 "Again, I can't say thank you enough. Please please pass our thanks to MC-1. This is a huge blessing for our family and I am truly grateful beyond words for this and for wwat you do for families in a rough spot." 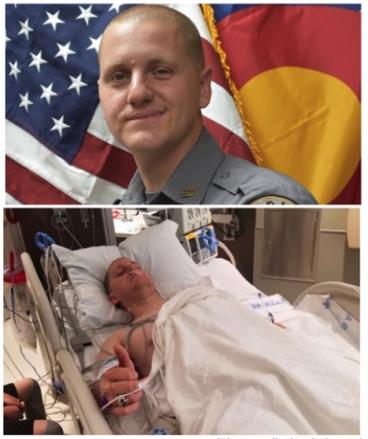 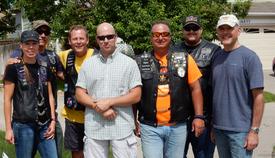 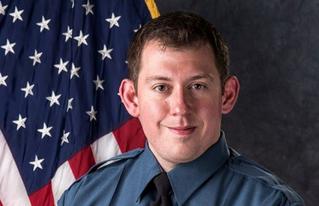 ​​​Colorado Springs Police Officer Cem Duzel was gravely wounded in the early morning hours of August 2, 2018 when he was shot in the head while responding to a shots-fired call in Colorado Springs.

After spending three weeks in ICU, Duzel began his rehabilitation and, though he has experienced a couple of setbacks, he is "continuing the fight" and is keeping up with his physical therapy schedule.

In February of 2016, Park County Sheriff Capt. Mark Hancock, Corporal Nate Carrigan, and Deputy Colby Martin were attempting to serve an eviction notice when gunfire erupted from within the home.  Tragically Nate Carrigan lost his life in this event.  Deputy Martin was shot numerous times in his lower extremities and spent an extensive and painful amount of time recovering.  We were so pleased to visit him, and had the pleasure of helping him out financially.

On Wednesday, August 15, 2018, at approximately 09:21 pm, Deputies with the Weld County Sheriff’s Office responded to the 2200 block of NW C Street, in Greeley, on a report of a disturbance involving a weapon. It was reported that a male party was possibly armed with a firearm. Upon arrival, deputies were confronted by the suspect at the front of the residence. The suspect began shooting towards the deputies striking Deputy Stupka in the thigh and abdomen area. Deputies returned fire and shot the suspect. Deputy Stupka was rushed to a nearby hospital where he underwent surgery. Deputy Stupka has been with the Weld County Sheriff’s Office for 10 years.

Deputy Stupka's condition continues to get better everyday. Words cannot express how grateful Stupka’s family is for all your thoughts and prayers. Your kindness is immensely appreciated. 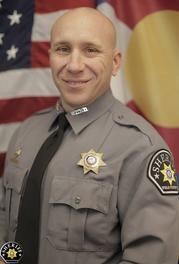 Douglas County Deputy Jeffrey Pelle has been in law enforcement since 2012. On new year's eve of 2017, he and several other deputies entered an apartment to place a mental health hold on a subject and were met with gunfire. Attempting to rescue his partner, Deputy Parrish, Deputy Pelle was shot in the chest, a half an inch from his heart. The bullet entered near his armpit and traveled diagonally down to his colon. He suffered a collapsed lung, punctured diaphragm, multiple broken ribs, and a lacerated liver.

Deputy Pelle remained in the hospital for 20 days before being released. With a great amount of support from his wife, family and friends, Deputy Pelle returned to work (on light duty) 17 weeks after he was injured. Pelle continues to see doctors and attends physical therapy. 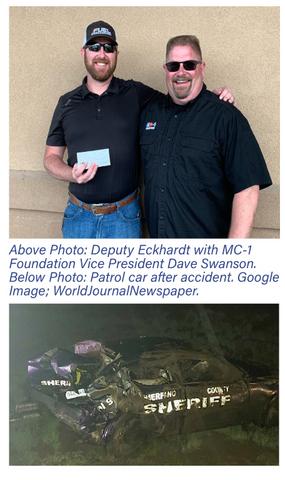 Officer Black is also an MC-1 Foundation beneficiary. He was injured while on duty in May 2021 and continues to work on light duty. He is enjoying his work at the Denver Police Department Academy, is testing for Corporal, and would like to stay in training.

In March of 2016, Deputy Trey Arnold was investigating an auto accident during a snow storm.  Just as he was completing his investigation, he was in the back seat of the 4 door pickup involved when that vehicle was struck by another motorist.  Due to the impact his head went through the back window of the truck.  He was transported with a severe head injury.  Which caused more health issues for Trey, as the year prior he had surgery on his neck, and this injury compounded his health concerns and put his career in jeopardy.  In September of 2016 the MC1 Foundation reached out to the community by hosting a cookout in the parking lot of the Machine Gun Tours in Lakewood to raise additional money to donate to Deputy Arnold.

​In April 2022, Wheat Ridge Police Officer Allan Fischer responded to a report of a suspicious vehicle. When Officer Fischer contacted the driver, the suspect got out of the truck and stabbed him multiple times. Fischer, a 20-year veteran of the police force, was stabbed in the face, neck and chest areas, and will likely have permanent nerve damage to his facial muscles caused by his injuries. He has been released from the hospital and continues to recover from his injuries. 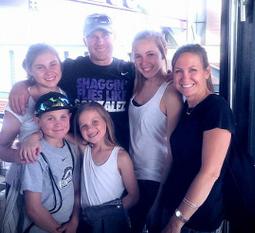